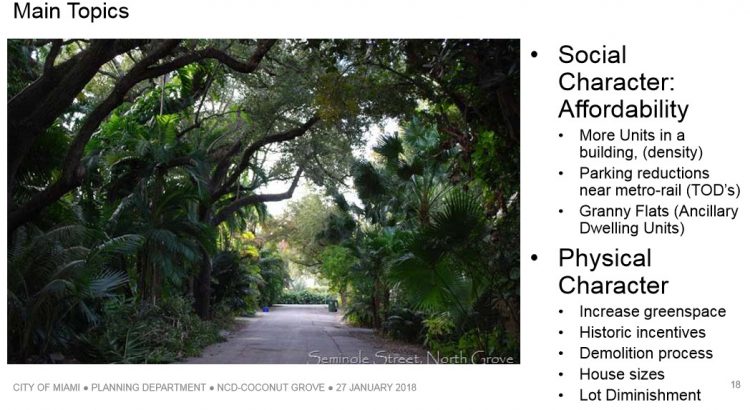 Grove Watch Group issues a monthly digest of information that pertains to protecting the character of Coconut Grove which makes our home such a desirable place to live and work.

After many months of meetings and public input, the City of Miami Planning and Zoning Department proposed some important changes to the NCD code. These changes will affect all of us in Coconut Grove so please be informed and contribute your thoughts before the changes are finalized. Commissioner Russell is sponsoring this legislation which will continue to be examined and tweaked before approval, hopefully by June 2018.

To learn more about the NCD in general: http://www.miamigov.com/planning/ncd.html

To view information about the proposed changes: http://www.miamigov.com/planning/docs/ncd/2017_01_27_NCD_Coconut_Grove_WEB.pdf

To offer your input or comment on the NCD changes: planning@miamigov.com

Our Tree Canopy and Intended Decisions

Grove Watch Group has been contacted by neighbors many times regarding tree removal. Sadly, in some cases, trees have been permitted for removal in error or have been removed without permits. Fines have been issued but still, the trees are gone forever. Please watch for postings of an Intended Decision in your neighborhood. This notification is required to be displayed and alerts neighbors that something will be happening on a property. If you feel that the decision affects you, your neighbors or your neighborhood in a negative way, you can file an appeal with the city to re-examine the decision. The time-period for appeal is only 10 days and will be displayed on the posting. Grove Watch cannot file an appeal on your behalf but can guide you should you decide to file.

To learn more about tree removal and tree cutting: http://www.grovewatchgroup.com/trees/ 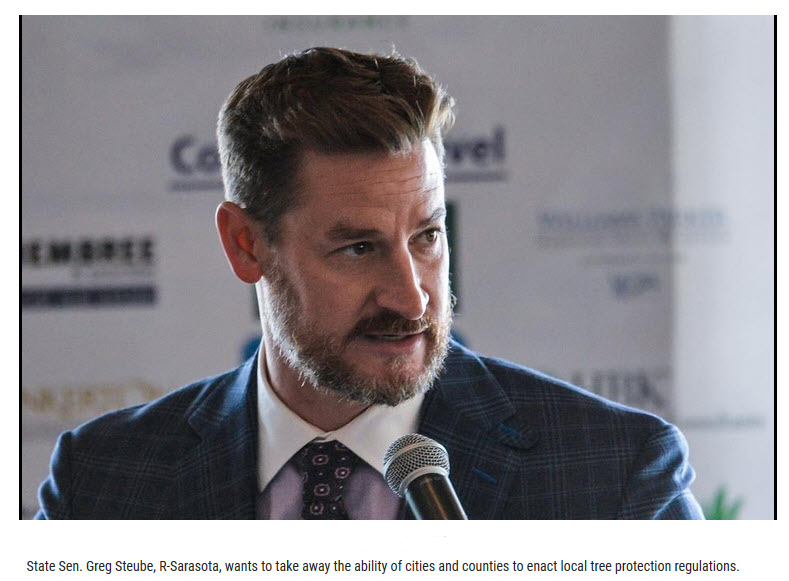 Sen. Greg Steube, R-Sarasota, has introduced a bill, asserting that rules limiting the trimming and removal of trees infringe on property rights.  This bill would prohibit local governments from regulating the “trimming, removal, or harvesting of tree and timber on private property.” Only the state Legislature would be able to regulate trees.  In December 2017, the Miami City Commission issued a resolution condemning this legislation.

For more information about this bill: 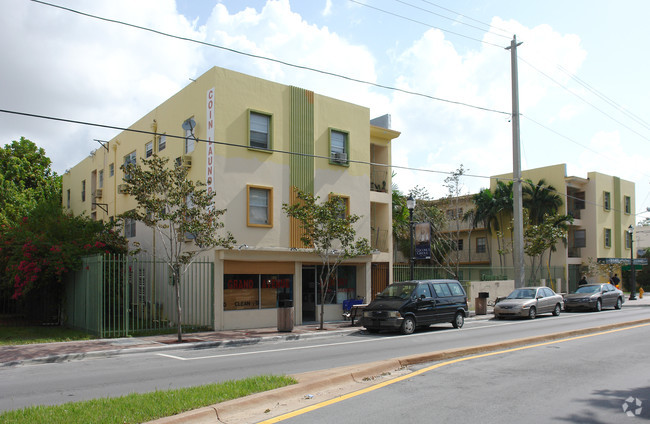 A resolution to accept and approve the finding of necessity for the expansion of the Omni CRA to Village West passed 5-0 at the January 11, 2018 Miami City Commission Meeting. Many residents spoke in support of this resolution and there was much discussion of the funds that will be generated for affordable housing. This is the first of many steps before this expansion is finalized.

“By pushing to expand the CRA, the city hopes to breathe life back into a neighborhood that has been strangled by unemployment, gentrification and land-banking. Commissioner Ken Russell, who proposed the idea and has made reforming the Omni CRA a central tenet of his tenure since his election two years ago, called it the only remaining way to rescue the neighborhood in the face of a city government that has chosen to stop spending money in the community” (Miami Herald)

For more information about the Omni CRA: 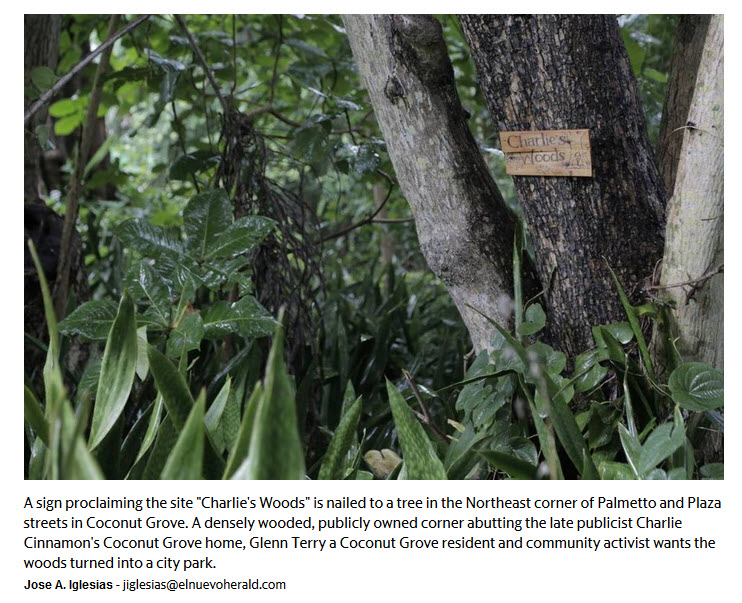 Many residents supported an appeal to stop the demolition of “Charlie’s House”. On January 17, 2018, the Planning, Zoning and Appeals Board voted 5-3 to grant this appeal.  The decision will likely be appealed by the current owner. “Cinnamon, who died in his home in November 2016 at age 94, was a prominent theatrical publicist long associated with the historic Coconut Grove Playhouse and a leading Grove figure. He was best known as the founder of the Coconut Grove Arts Festival, one of the city’s premier events.” (Miami Herald)

For further information about Charlie Cinnamon and “Charlie’s House”:

Eyes on the Coconut Grove Playhouse 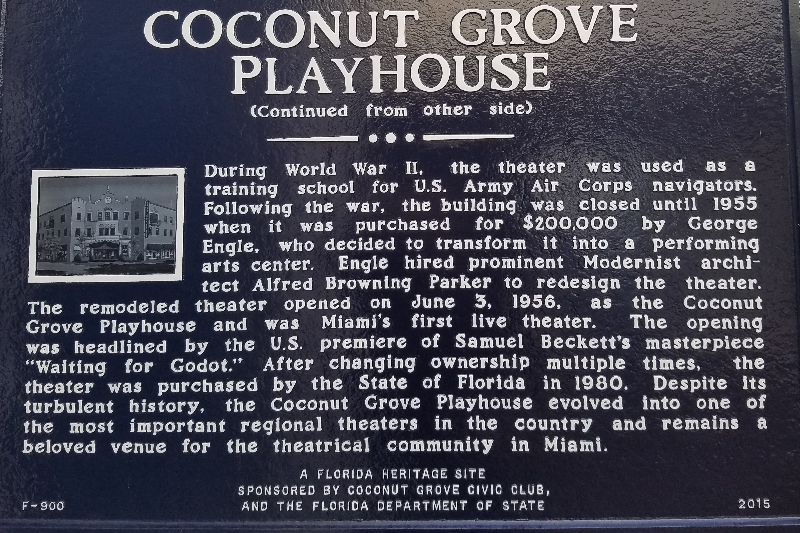 The City’s Historic and Environmental Preservation Board recommended 9-0, that the Coconut Grove Playhouse be included on the National Register of Historic Places at last Tuesday’s, Feb 6th meeting. It is not entirely clear what this means in regards to preservation or redevelopment of the Playhouse.

Our community continues to wait, watch and attend meetings regarding what is happening with this controversial property.  There are many parties involved with complicated finances and motivations.  The city, the county, investors and residents need to find common ground which has proven to be elusive. Hopefully, there will be resolution soon so that we can once again enjoy what this Grove landmark has to offer. 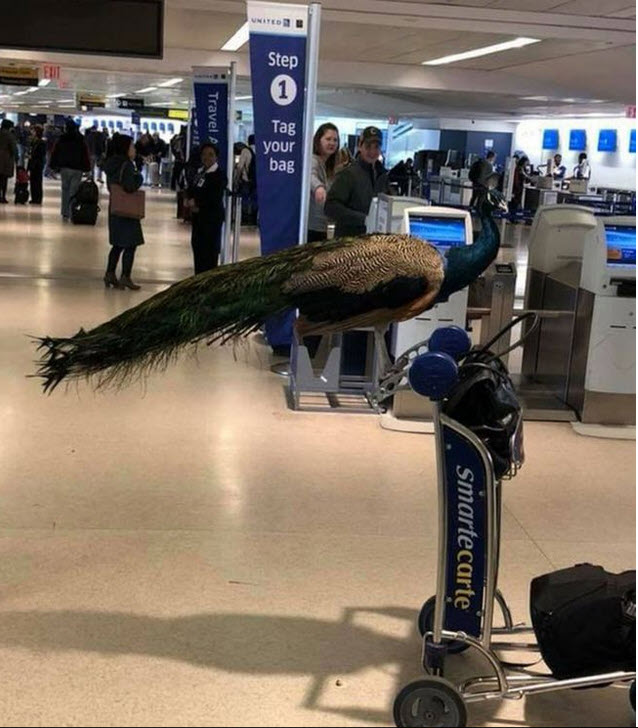 If you love your Grove peacock, you may want to leave him at home when you travel.  It appears that the airlines will not allow you to bring your bird aboard as emotional support.

Hmmm…. maybe this lady is one of our neighbors?

For more frequent posts, comments and discussions, please join our Facebook page at this link:

This site uses Akismet to reduce spam. Learn how your comment data is processed.

There are no upcoming events at this time.